Do your 10 followers look unprofessional against another business in your niche that's has 100?

Is seeing others in your niche with large numbers of followers push you, to want to get more?

Do you think they have something your business is missing out on, all because your follower's number does not match up against them?

First of all, stop questioning and stop comparing yourself because you are knocking yourself down for no reason. You don't have any idea of what they are doing unless you ask. Stay focused on what you know and how you can use that information for your own purposes.

If you are communicating and engaging your 10 followers and they are coming to your place of business then you are doing your job. You are converting your followers into customers, that's what twitter is about and also having a good old chit chat.

I remember Gary Vaynerchuk (someone to listen to, awesome guy) saying that when he had a small following he could stay updated and engage more, now his followers have increased to fold like into 6 figures it's harder to catch all the conversations going on, and I totally get what he means.

If you are in a room of 10 people and they are having conversations, you can easily follow what is being said. Adding your 2 cents is easy. Now imagine the room increases to 1000,  now following the conversation gets harder. You will see who's talking but you are also missing quite a few while you concentrate on the others.

Me saying this i don't want you to think that having a large following is a bad thing because it's not. What I am saying is as long as you are communicating and engaging with them and they are responding then you are working twitter effectively. Don't worry about how many followers you have. Instead, take a closer look at the followers who aren't engaging or interested in your products.

Janet Walker helps small business owners share their Gift. By simplifying Getting Traffic | Blogging for Business | Content Creation | Monetizing your Skillz. When she's not in business mode (which is hard not to be) she's being creative somehow or making a mean green juice or busy in her polytunnel learning how to grow vegetables.

You may also enjoy …

This site uses Akismet to reduce spam. Learn how your comment data is processed. 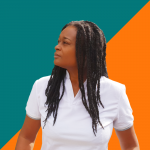 You have pretty amazing gifts. I’m here to help you share your gifts with the world, so others can know about you too.